How Does ReBorn Compare to Vanquish or Coolsculpting?

ReBorn uses medical grade LEDs, while Vanquish uses radiofrequency energy. Both these treatments target heating of the fat cells to at least 42 degrees to induce fat cell destruction, and cover a large area to be treated.

Coolsculpting, on the other hand, cools the skin and fat tissue significantly (by more than 40 degrees) in order to induce injury to fat cells while sparing the skin and adjacent tissues. Some people find Coolsculpting more uncomfortable due to the extreme cold sensation.

Vanquish can be used for the abdomen, flanks, back, and thighs. ReBorn and Coolsculpt can also be used for all these areas plus the arms as well.

Vanquish covers a wider area for circumferential fat loss, and the device is placed close to but does not contact the skin. ReBorn applicators are fixed to the skin, and the contact area is slightly smaller compared to Vanquish. Coolsculpt requires pinchable fat that can fit into the handpiece, so it may not be suitable for everyone.

Vanquish can be used for most people without any restrictions on BMI. ReBorn is not recommended for those with BMI more than 30, while Coolsculpt is suitable for patients who are close to their ideal body weight.

Coolsculpt has a risk of paradoxical rebound enlargement of fat cells, which can happen weeks to months after the treatment. Moreover, once the rebound has occurred, there is little result or benefit from other non-invasive body sculpting procedures. In such cases, liposuction is the main treatment advised. There is also a risk of nerve irritation, numbness, and prolonged pain after Coolsculpt.

This paradoxical rebound has not been reported to occur with Vanquish or ReBorn. However, some people may experience tender lumps as part of the inflammatory process to remove damaged fat cells. These generally resolve after a few weeks.

Vanquish has been shown to have long lasting results. Patients studied up to 4 years after treatment maintained an average of 75% of their original reduction in waist circumference. As ReBorn targets destruction of fat cells in the same way as Vanquish via thermal energy, it can be assumed that ReBorn would have similar long-lasting results.

Join our subscriber list to get the latest news and updates 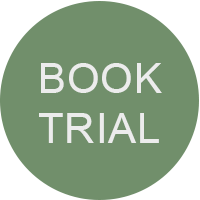 Join our subscriber list to get the latest news and updates

🌟FAQ: How Long Will It Takes To See The Results

We are happy to share with all of you that Healths

Skin is our best friend. Not only it is the larges

We have 2 lasers in Singapore – 🌟Fotona StarW

"I’ve noticed some bumps around my eyes. What ca

Diwali day is a day of lights, joy, feast and fun.

What are the different types of acne scars? 💢

⏺️ How Are Acne Scars Formed? Our skin is esse

How is PROFHILO® different from Skinboosters and

Every child is a miracle, with each of them having